This awareness day was established by the governing council of the United Nations Development Program in 1989. This event was inspired by the public interest when the world’s population reaches by 5 billion and hence became a serious concern about the exploding population.  Therefore,this day has to be initiated to overcome the issues of our growing population and to raise this awareness in public.

According to UNFPA, this year world population day 2022 theme will focus on- “A world of 8 billion: Towards a resilient future for all – Harnessing opportunities and ensuring rights and choices for all”

The world’s population surpassed 7 billion people in 2011. This year, the number will hit 8 billion, generating the accompanying replies. Some people will be amazed by the health improvements that have made people live longer, cut down on the deaths of mothers and children, and led to the creation of vaccines in record time. Others will highlight technology breakthroughs that have simplified our lives and linked us more than ever. Some still will hail advancements in gender equality.

In a perfect world, 8 billion people would imply eight billion chances to build more just and peaceful communities where everyone has equal say in how they live their lives. However, it is not and has never been a level playing field. Too many people still face discrimination, harassment, and violence on the basis of gender, race, socioeconomic status, religion, sexual orientation, physical ability, and place of birth. When we forget about those who came before us, we just hurt ourselves.

The World Population Day is aims to raise awareness of various population problems such as the importance of family planning, gender equality, hunger, maternal health and human rights.

In 1968 world leaders declared that people had a basic human right to decide the number and time of their children freely and responsibly. approximately 40 years later the modern contraception remains out of control for millions of women, men, and young people. In 1989, World Population Day was established as an outgrowth of Five Million Day, marked on July 11, 1987.

The United Nations has approved the event, as a way of increasing awareness of population problems and their impact on growth and the environment. And since then, with support from the United Nations Population Fund ( UNFPA), states, non-governmental organizations, organizations, and individuals have coordinated numerous educational programs to commemorate the annual event.

There are 9 standards which are set to support family planning:

How World Population Day is Celebrated? 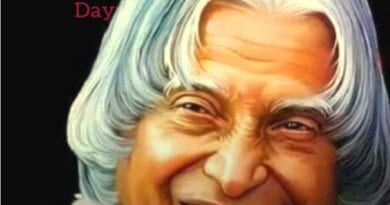