In resolution A / RES/65/271 of 7 April 2011, the day is said to be “every year to mark the beginning of a space age for humanity on the international level, reaffirming the significant contribution of space science and technology to achieving sustainable development goals and to enhancing the well-being of states and peoples, and ensuring their efforts to sustain global development.”

In the Soviet Union, 12 April has been celebrated since 1963 as the Cosmonautics Day and still occurs in Russia and other former Soviet states. Yuri’s Night, also referred to as the “World Space Party”, is an international celebration launched in 2001 in the USA to mark the 40th anniversary of the flight of Gagarin. The day on which the first Space Shuttle flight, Columbia’s STS-1, was launched in 1981 was also April 12.

Why Space Exploration is Important?

Human space exploration aims to answer basic questions about our universe role and the past of our solar system. By addressing human space exploring problems, we are advancing technology, developing new industries and helping to establish a friendly relationship with other countries.

In Below areas Space Exploration has played a crucial role

Innovation– Space discovery has led to many aspects of daily life, from solar pans to implantable heart monitors, from radiation treatment to light-weight products, from water purification systems to sophisticated computer systems to a global search and recovery program. Space exploration will remain a crucial force for opening new areas in science and technology.

Culture and Inspiration-Space exploration provides a rare and changing viewpoint on the role of mankind in the universe common to all. Every day, space exploration projects fulfil the interest of the people and generate fresh data on the solar system that brings us closer to answering the fundamental questions raised for thousands of years: How does the universe look like? Is human fate tied to Earth? Is life in the Universe elsewhere?

Fresh approaches to overcome global issues-Planetary exploration is a global activity that leads to international cooperation and diplomacy. Enhanced global partnerships and exploratory capabilities that contribute to international readiness to protect the earth from catastrophic events, such as a few asteroid impacts, to collaborative research into space weather and to the protection of spacecraft by developing new ways of removing space debris. Knowledge gained from space exploration can also lead to the introduction of environmentally sustainable development policies.

The benefits of space can be defined directly or indirectly. The direct benefits of research include scientific knowledge production, the diffusion of invention and business growth, the impetus for people all over the world and agreements between exploration countries.

The resulting indirect benefits include measurable changes in the quality of life, such as increased economic stability, wellness, environmental quality, safety, and education. They have qualitative metaphysical advantages, including depth of comprehension and new insights on the person and the collective role of humanity in the universe. 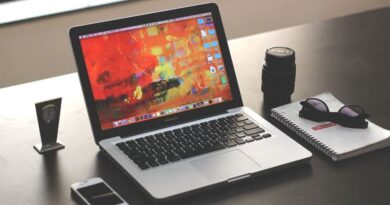 December 5, 2022December 5, 2022 swikriti
We use cookies on our website to give you the most relevant experience by remembering your preferences and repeat visits. By clicking “Accept All”, you consent to the use of ALL the cookies. However, you may visit "Cookie Settings" to provide a controlled consent.
Cookie SettingsAccept All
Manage consent