Fashion evolves every year, some styles go on and off, and some of them remain evergreen. Nowadays the fashion trendsetters often come from the past to revive the old ideas of clothing. Bollywood has dominated Indian fashion trends since the ‘50s, ‘70s, ‘90s era and still continues to do so because the movie and the fashion industry go hand to hand. Bollywood has given a distinguished definition of fashion as it inspires many fashion trends for women’s and mens clothing to be it a wedding attire or a casual outfit. We as an audience have always looked forward to the new fashion trends from the actors and actresses of Bollywood.

Fashion plays one of the major roles in Bollywood. Most of the actors and actresses have always set new trends by adopting different signature look for themselves. From clothing to gestures we relate everything from Bollywood.

Here we have curated some Bollywood movies that have created a major impact in the Indian fashion industry and brought a different revolution in clothing whether it is women or mens clothing.

KKHH is one of the most popular and highly lovable movies that has introduced new clothing trends in the late ‘90s. No one can forget that Shah Rukh Khan wore a Gap sweatshirt and round-neck polo t-shirts. And also, the Jumpsuit worn by Kajol has become a fashion trend that is still going on in a different pattern.

K3G was a family drama movie in which Mr. Amitabh Bachchan was shown in a perfect sophisticated luxurious look by wearing a band gala suit. This movie had created a great impact on mens clothing. Also, this movie has highlighted the different taste of fashion trends like sober casual looks, the latex pant set worn by Kareena Kapoor and traditional sharara dress

A classic family drama that shows the best vacation outfits for both women and men. This film has shown the trend for traveling with beautiful vibrant colors, dapper suits, and the best summer dresses. Ranveer Singh wore elegant t-shirts with trousers and also the outfits worn by Priyanka Chopra were setting trends.

One of the favourite movies among the youth is Dil Chahta Hai, a story of 3 friends living a completely different life and love story.  The movie showcases the importance of wearing clothes that fit your personality. This movie set a fashion trend in men’s clothing by wearing leather pants and holographic trousers which rocked the fashion styles in the ‘90s. Apart from outfits, the movie also set a new trend among men for the ‘French cut beard’ also known as ‘under lip beard’ kept by Aamir Khan in the movie.

A Ram Gopal Verma’s film Rangeela was a famous movie among the 90’s teens. The outfits and looks by Urmila Matondkar got famous, right from wearing Denim shirts to Dungarees. The denim shirts are an evergreen fashion that people still love today.

It is one of the romantic and musical blockbuster movies that set the trend of Indo fusion men’s clothing. In this movie, Vivek Oberoi was seen wearing a kurta with jeans which became a trend and still it is an ongoing fashion.

We have seen that both Bollywood and fashion complement each other for a very long time not only in clothing but also in many different fashion trends like haircuts such as Salman Khan’s ‘Tere Naam Hairstyle’, Kajol KKHH bob haircut, etc. These trending fashions are endless. Let us know if you liked this article! 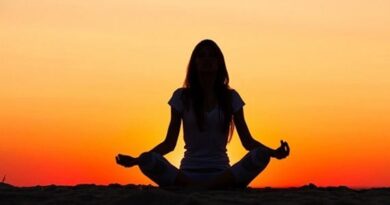 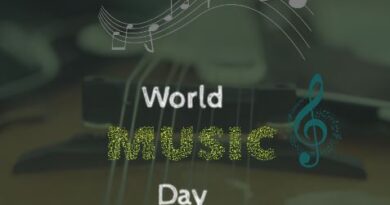 April 15, 2020April 17, 2020 swikriti
We use cookies on our website to give you the most relevant experience by remembering your preferences and repeat visits. By clicking “Accept All”, you consent to the use of ALL the cookies. However, you may visit "Cookie Settings" to provide a controlled consent.
Cookie SettingsAccept All
Manage consent