Once again, the Viral Fever aka TVF is joining hands with Amazon Prime Video for another web series featuring Jitendra Kumar (Jeetu Bhaiya) titled “Panchayat” releases on 3rd April 2020. Jitendra is a talented actor with very good stories on TVF content. So, this series Panchayat is one of a great addition to all the recent Amazon Prime videos and Shows.

Panchayat is a comedy-drama starting with Jeetendra Kumar, Neena Gupta, and Raghubir Yadav, which shows the journey of an engineering graduate Abhishek, who joins as secretary of a panchayat office in a remote village of Uttar Pradesh due to lack of a better job.

The Story portraits that “Abhishek” who got stuck among mad villagers and a demanding village lifestyle he begins his job with the sole incentive to get out of there as soon as possible, for which he also prepares for CAT.

The series starts with season 1 having 8 episodes that have different stories connected to his struggle to get out of this job. The story shows the real-time struggle about how an urban living person gets difficulty in adjusting rural villages. It is a unique and interesting story of struggling a new life in a remote village.

This is the second time when the TVF and Amazon prime collaborates after the Hostel Daze. The series Panchayat is directed by Deepak Kumar Mishra and here is the whole cast.

Apart from these character, two new stars were added to the web series like Vishwanath Chatterjee and Deepak Kumar Mishra.

Recently, Jeetu ( Jitendra Kumar) was seen with Neena Gupta in Subh Mangal Zayada Savdhan and according to him working Neena Gupta is more excited than others. The whole drama series will make you laugh and show the real life of a remote village.

All eight episodes of Panchayat will start streaming on Prime Videos from the 3rd of April 2020. 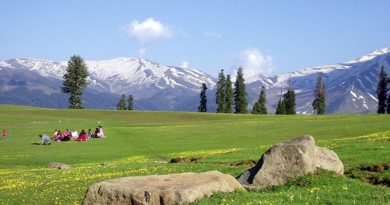